Missy the Magpie and her sore toe

Meet “Missy” a wild juvenile Magpie who recently visited AREPH after being found in the middle of the road.

Missy had a superficial laceration on her right foot and some trauma to her wings. X-rays were taken, and unfortunately, Missy had broken her third toe (see x-ray). Did you know that the third toe in magpies is the most important one for them because they use it to perch?

Missy was hospitalised, and the fracture was stabilised with a cast, she was also treated with pain relief and assisted feeding until she was ready to go to a carer. Despite all this supportive care, when Missy returned to the clinic three weeks later for her repeat x-rays, the bones were still displaced. In general, bone-healing times in birds are rapid. In Missy’s case, the fracture should have healed within 3 weeks, but because there was no progression, it was decided that amputation of the toe was required.

The surgery was a success, and Missy is recovering here in hospital but should soon be going for rehabilitation. Missy should adapt well to living with one less toe once she is released, we wish Missy all the best in her recovery!

At AREPH, we receive no funding to treat wildlife. We rely solely on donations and income generated from the daily operating of AREPH to cover the cost of treating sick and injured wildlife.

Please help AREPH continue to be able to care for sick and injured wildlife, donations can be made at https://crowdfunding.sydney.edu.au/wildlifehealth 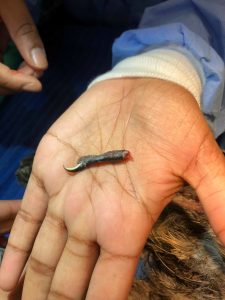 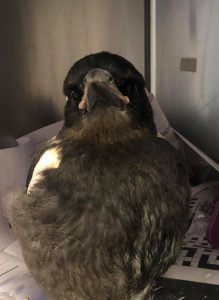 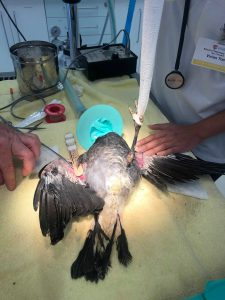